Is this week over yet? Between having my parents in town (SO fun!), some big projects at work, a work trip to New York this weekend AND looking for someplace to live, I’m ready to collapse.

Which is precisely the time to bring out the slow cooker. (Or, actually collapse…which might happen.) So let’s pull out the slow cooker, slow things down a bit and enjoy a nice, easy dinner. And please drink some wine for me. At minimum, a glass – preferably more.

Paella. In. The. Slow. Cooker.

I like to think of us as normal people. Real people. And people who sometimes need to collapse. 🙂

This slow cooker paella takes a half hour of prep work and two hours in the slow cooker. (And NO clams or lobster tails!)

And after it’s finished in the slow cooker, and you’re ready to eat, you must promise me three things: 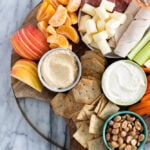 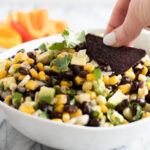 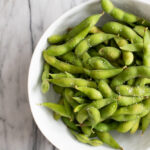