Stuck in a dinner rut and feeling bored and uninspired with meals?
Let me help!
Home » Does Matcha Have Caffeine In It?
0 shares
Rate This Recipe

How much caffeine does matcha have?

Just like nutrition facts, caffeine levels will vary and are an estimate.

Caffeine levels in matcha will vary, but one gram of matcha powder is estimated to have 19-44 mg caffeine per gram.

Typical servings of matcha are about 1-2 grams (so let’s say 1.5 grams to keep it simple). A 1.5 gram serving would have between 28.5-66 mg caffeine. (Most matcha teas recommend mixing 1.5 grams matcha with 8 ounces water.)

Does matcha have more caffeine than coffee?

Matcha tea on average has less caffeine than coffee.

Caffeine levels in coffee also vary, but the average 8 ounce cup of coffee has between 70-140 mg caffeine, averaging around 95 mg caffeine per cup.

Does a matcha latte have caffeine?

Yes, because matcha lattes are still made with matcha powder they have the same amount of caffeine.

Does iced matcha latte have caffeine?

Yes, because iced matcha lattes are still made with matcha powder they have the same amount of caffeine.

Does matcha powder have caffeine?

Yes, matcha is a green matcha tea that is ground into a powder.

Does Starbucks matcha have caffeine? 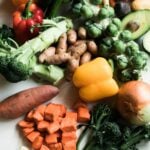 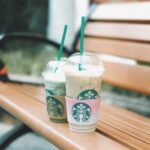